This term the Year 7 & 8 Extension students had the amazing opportunity to video conference with a scientist (Dr Nilssen) in South Africa. This was a chance to find out more about the Pinnacle caves at Mossel Bay in South Africa which is recognised as the possible home of the very first group of modern humans thousands of years ago. It was also a chance to reconnect with crew from the Malama Honua and some schools in Hawaii.


Mossel Bay video conference from Team 5 PES on Vimeo.
Posted by Mrs Lagitupu at 11:29 AM No comments:

In Term 2 the Year 7 & 8 Extension students were lucky enough to visit Tiritiri Matangi Island which is a wildlife sanctuary. This trip was part of a collaboration with DOC (Department of Conservation) who sponsored this amazing trip. We went by ferry to the island and had plenty of tour guides to show us around the island. It was a fantastic experience seeing some of our endangered species as we went on the bush walk e.g. Saddleback, Stitchbird, Takahe etc. We would like to thank all the representatives from DOC who made this trip possible.


Tiritiri Matangi trip from Team 5 PES on Vimeo.
Posted by Mrs Lagitupu at 10:59 PM No comments:

This is a short movie about the Year 5 & 6 Extension students who had a chance to video conference with a scientist who was underwater at the Great Barrier Reef Aquarium. This was also a chance to reconnect with the crew of Malama Honua who were part of the hangout.


GBR hangout from Team 5 PES on Vimeo.
Posted by Mrs Lagitupu at 10:44 PM No comments:

This is a short movie that shares some of our highlights and experiences at the GEGNZ (Google Educators Group NZ) Student Summit which was held at Hobsonville Point Primary School this year.

Check out these student blogposts as well to find out more:

Posted by Mrs Lagitupu at 5:00 PM No comments:

Thanks to Yvonne for this great post from earlier in the year about the 40 Hour Famine. Most students in Extension took part in the 20 Hour Famine buy collecting sponsors, fundraising and attending the sleepover at school.  We managed to raise over $1,300 and four Year 7 & 8 students were invited to attend the World Vision Intermediate Scholarship Day.


The 20 hour famine by Yvonne


We stayed at school but why?

Last week on the 22nd of May the year 5, 6, 7 and 8 extension group's participated in the 20 hour famine. We had a sleepover at school and we weren't allowed to eat for 20 hours can you believe that? Well not technically we were only allowed to bring barley sugars and juice your sleeping gear and a box which I will tell you about later. So when we arrived at school we had to put our things in the library where we were going to sleep. 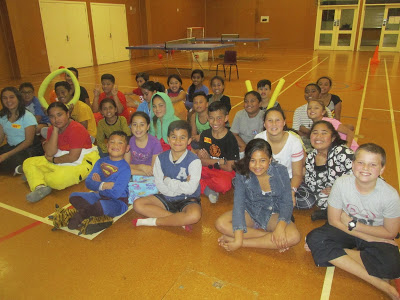 Then we got a bit of free time in the hall we got to choose from either playing ping pong, basketball, soccer or karaoke on the stage. Then after a bit of fun we got settled into our team colours Red, Blue, Yellow and team Green. By the way if you wanted to know I was in team Green.

Later on that day two ambassadors turned up to tell us about the 40 hour famine. We played games and it was fun we also got prizes balloons and bands. A while after that we met another ambassador Emily she also told us about the 40 hour famine and she told us a bit about herself and what she does. Then we took photo's with her and then we had a little play again. After that we  sat down and got ready to sleep.. in boxes. We were in the hall with no blankets getting ready to sleep in our boxes after a while we got settled and we started too talk about why we do the 40 hour famine and I started to realise why, having to sleep in boxes no shelter, food, water. Than after that moment we went to the library to go to sleep.  The next morning we woke up at 7 O,CLOCk I KNOW RIGHT. We packed up and went home but we continued to not eat until 2 o,clock. 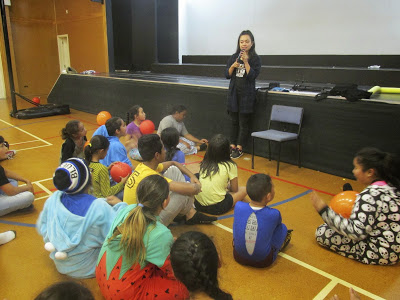 What is the 40 hour famine you ask?

The 40 hour famine has been going on since 1975 so that means it has been going on for about 40 years. The 40 hour famine is a charity of people around the world who take a stand and raise money that helps people who don't have that much things like food, water, clothes and shelter. This year we are fundraising for families in Bangladesh. It also helps  the people Thousands of people around the world participate in the event. Over the years people have been creating and inventing  new challenges that are involved with the 40 hour famine such as 40 good deeds or sleeping in a box for 40 hours some have even opted to not talk for 40 hours. 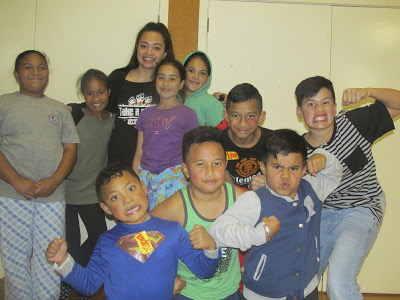 Why is there a 40 hour famine?

The 40 hour famine helps poor kids and families to get the support they need. Such as the kids that need to go school, families that don't have food and water. Also so they can get a good education in the future so they can get good jobs in the future. It also  helps them to live a long life because most kids don't even make it up to their 5th birthday. The rate of kids that are malnourished in Bangladesh is the most in the world. Which means that they are suffering and that they are most likely going to die but that's when the 40 hour famine comes in the money helps the kids who are suffering so that all kids will get a chance to life a long life. 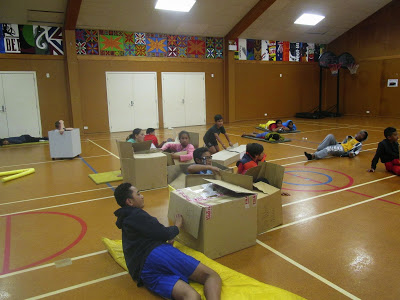 
The 40 hour famine sponsorship money goes towards kids who didn't get a chance to go to school or to families who need clothes, water and shelter. Its not just a hunger thing. Hunger affects every part of the body and these effects can last a lifetime. The bottom line is than a hungry child is four times more likely to die from treatable or preventable disease. We also fundraise to help the whole community so that they all get the help they need from people all around the world.